Know your own shadows.

Performed by Diana Kessler
Written by Tilly Lunken
Directed by Victorine Pontillon
After William Shakespeare’s The Merchant of Venice. 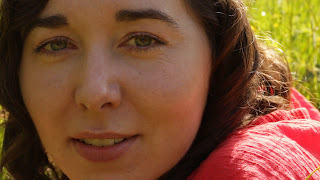 Jessica In Souliloquy was written partly in response to the horrible 'Othering' that has become part of our mainstream political rhetoric around the world. I wanted to write in the voice of someone on the outside that had nominally secured a place within a society and yet could see herself as a more interesting, rounded, full person because of who she was and where she had come from.

There is defiance in her words - sure it might feel nice to be included and certainly she loves very much her partner but that doesn't mean she wants to deny herself and her history, however dark it might be. It's these shadows that make us interesting as people. Sharing these stories and these voices is so important in representing our diverse communities.

Merchant of Venice is a complicated example of 'othering' - clearly exploiting stereotypes but also giving a voice and stage to Shylock not previously given to Jewish characters on mainstream stages. This piece explores how Jessica, his daughter reflects on her new convert status and her love of her father.

In terms of filming and development we had significant location difficulties that push backed filming and the release has bled a little in Summer, however it's just beautiful. Diana is mesmerising as a character seeming both in shadow and bathed in light.
Labels: Digital Theatre Film In Souliloquy Monologues New Writing Poetry Season Souliloquy Shakespeare Shakespeare400 ShakespeareLives Souliloquies UK Election Writing

Onomatopoeia
Words - What we read, express, perform and write. tillylunken.com